The Rapid City Area Schools Board of Education is excited to announce that it has offered the positions of Interim CEO and Interim Assistant Superintendent to long-tenured, well-respected employees of the District.  Upon Board approval at the June 14, 2022, School Board meeting, Ms. Nicole Swigart will be the acting Interim CEO, and Mr. Michael Talley will be the acting Interim Assistant Superintendent.  Their service and dedication to the District has prepared them well for these roles.  We trust that the District will be in good hands under the leadership of Ms. Swigart and Mr. Talley. 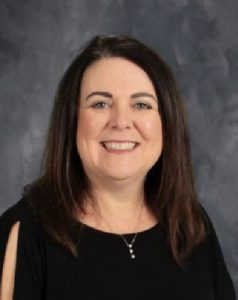 Nicole Swigart was born and raised in South Dakota.  She attended college in Montana and majored in English, Theatre, and Secondary Education.  She and her husband, Scott, moved back to South Dakota in 1989 and she began working for RCAS first as a substitute teacher and then as a teacher at Stevens High School.  This will be her 34th year working for RCAS.  She taught English at Stevens until 2010, but along the way she also coached cheerleading, directed plays, built sets, and served as an Instructional support teacher.  She was RCAS and Region 7 Teacher of the Year for 2006/2007.  In 2010 she became an assistant principal at one of the district’s alternative programs and later moved into a principal position overseeing the District’s alternative educational programs, including GED, Homebound, Long Term Suspension, McKinney-Vento, JSC, Wellfully, truancy, as well as programs at Children’s Home Society and private schools in Rapid City.  Additionally, she served as liaison to many community agencies such as the State’s Attorney’s Office, Court Services, Department of Corrections, and Juvenile Diversion, among others.

She and Scott have been married 34 years and have raised two daughters, Aubyn and Paetyn.  Both daughters attended RCAS K-12th grade, graduating from Central High School.  Aubyn is a kindergarten teacher in Montana; she is married to a high school teacher/varsity boys’ basketball coach.  Paetyn is a Sergeant for Pennington County Sheriff’s Office; next year, the family will gain a new son-in-law, who is a member of the United States Air Force.  Nicole and Scott are new grandparents of a 1-month-old grandson, Bronson.

Nicole and Scott are active supporters of local high school sports and have been season ticket holders for the Rush for many years.  They have sponsored and supported a number of Rush players as well.  They also have enjoyed volunteering to foster puppies for the Oglala Pet Project.  Nicole is passionate about RCAS, the staff, students, families, and the community.  Nicole will strive to support those who work for RCAS and students who are enrolled in the District by working with the School Board and other District leaders.  Students are the priority for RCAS; the District can better serve students and families when staff feels valued and respected.  Nicole hopes to continue her education and work towards earning a superintendent certification. 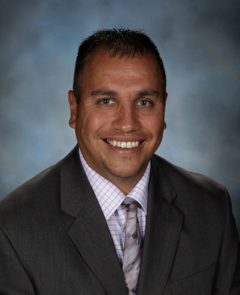 Mike Talley was born and raised in South Dakota.  He attended college at the University of Mary in Bismarck, North Dakota where he earned his bachelor’s degree in education and master’s degree in school administration.  He moved back to South Dakota, taught middle school for 5 years, and also coached middle and high school basketball.  Mike and his wife Jackie moved to Rapid City in 2007, both accepting positions with Rapid City Area Schools.  Mike has been the Principal at Rapid City Central High School for the past 15 years.  Mike has 27 years of experience in public education and 22 years of experience in school administration.  He and Jackie’s three older children graduated from Central and Stevens high schools, moving on to earn college degrees in the medical and biochemistry fields.  They have 2 younger daughters at home.

Mike is an ardent supporter of extra-curricular activities in our school district and currently serves on the board of directors for the South Dakota High School Activities Association.  Mike and Jackie have been passionate about giving back to the community and have been active in the county’s fostering and adoption services programs since 2018.  Mr. Talley is a long time and vested member of our school community and is excited to continue to work with the District’s many great teachers and school leaders in a collaborative and positive manner to improve educational outcomes for our students.